SBM Offshore’s assets are key value drivers for the Company, delivering the required production performance to meet client targets and generating a predictable revenue for SBM Offshore through its long-term lease and operate contracts. The expertise and experience of almost 2,400 offshore crew and onshore staff, supporting the fleet, ensures value creation through safe and efficient operations of the Company’s offshore fleet.

In 2017 the fleet achieved its best performance to date in terms of recordable injury rate and sustained a record average production level in the range of 1 MBbls per day in the second half of the year, as FPSO Cidade de Maricá and FPSO Cidade de Saquarema reached full capacity production levels, having started up in 2016. 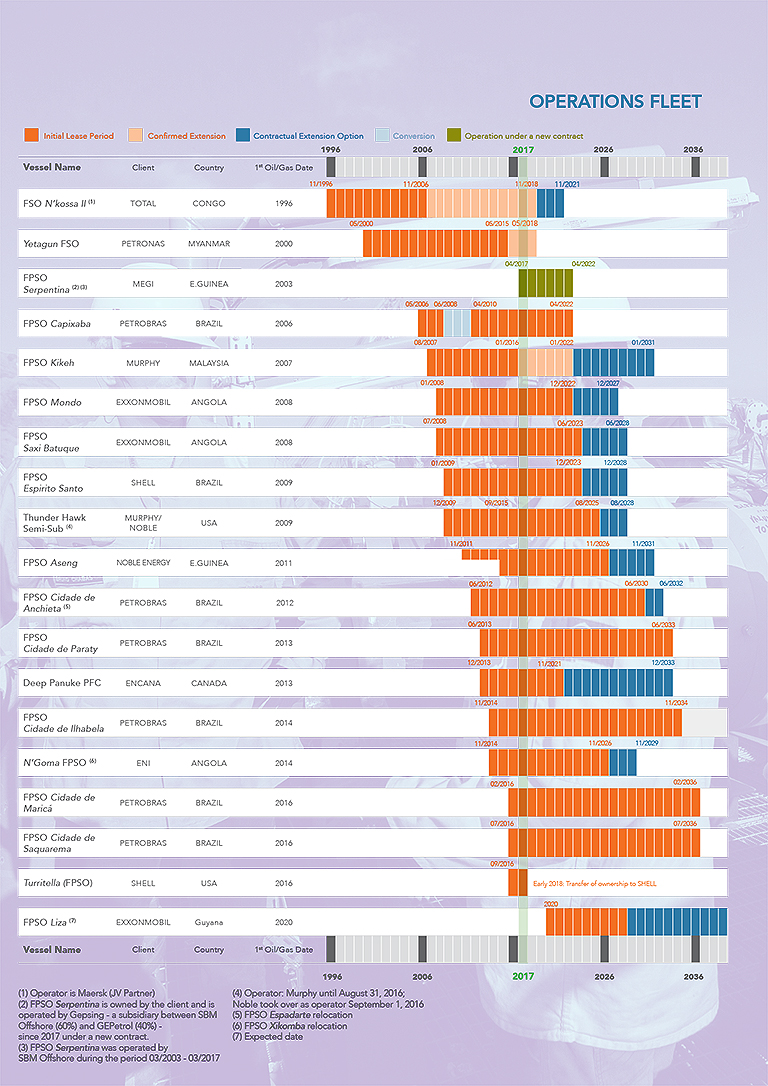 FPSO Serpentina offshore Equatorial Guinea has been operated since April 2017 by GEPsing, a subsidiary co-owned by SBM Offshore and the National Oil Company GEPetrol. The new contract, for five years, replaces the former one between MEGI (Mobil Equatorial Guinea Inc. affiliate of ExxonMobil) and SBM OC, which expired end of March 2017.

In 2017 SBM Offshore was responsible for the operations of 16 units and the maintenance of all 18 units in the fleet across the globe consisting of: 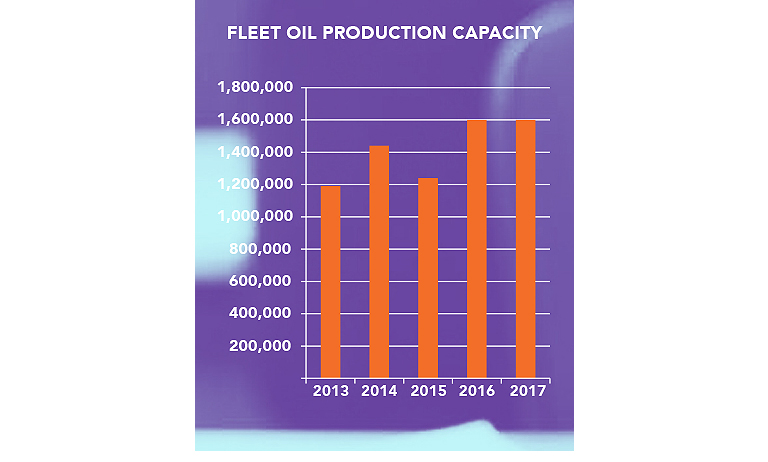 SBM Offshore is committed to delivering consistent, reliable and safe production performance of its units, while adhering to its environmental objectives. The main production performance indicator of the fleet is ‘Production Uptime’. It measures the percentage of time in which a unit is available to produce. Historically, uptime of the fleet has been around 99.0%. With an uptime of 98.3%, performance in 2017 stayed within historical levels, while the fleet achieved its record production level in terms of barrels per day. A few factors contributed to the Production Uptime results in 2017:

SBM Offshore focused on key areas of improvement in the area of HSSE. Specific initiatives were developed to improve operational performance through the reinforcement of Water Injection, Supply Chain and Planning capabilities.

Personnel headcount per produced barrel decreased by 20%, compared to 2016. Various factors, beyond the production increase, contributed to this result:

The Company is taking steps to comply with the Group’s Social Accountability Manual standard, which is based on SA 80003 standards. Using a risk-based approach and for locations where there is a gap between the local regulations and the expected standards, the local operations office has to adhere to the Company manual and obtain external verification within two years of opening a new shorebase. For all other locations, local regulations will prevail.

SBM Offshore’s approach to Asset Integrity is to ensure asset preservation with optimal lifecycle costing. In 2017 progress was made on several related programs: