SBM Offshore is active in multiple energy markets − oil, gas and renewables. Oil markets mainly supply transportation and industry sectors, while gas and renewables mainly feed into power generation and industry sectors. Currently, most of SBM Offshore’s revenues are derived from the deep water oil and gas markets − with a focus on its FPSO Product Line.

The global market for FPSOs can be roughly split into three segments: 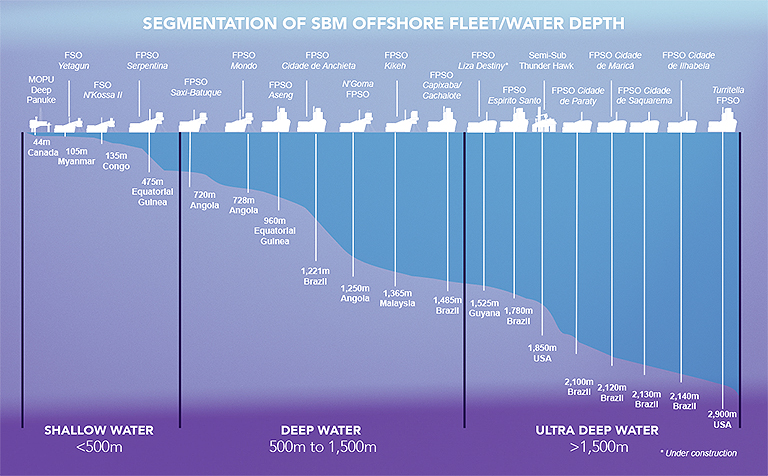 SBM Offshore is the leader in its market in terms of total oil and gas production (kboepd), the number of cumulative years of operating experience and the number of FPSO units delivered to date. 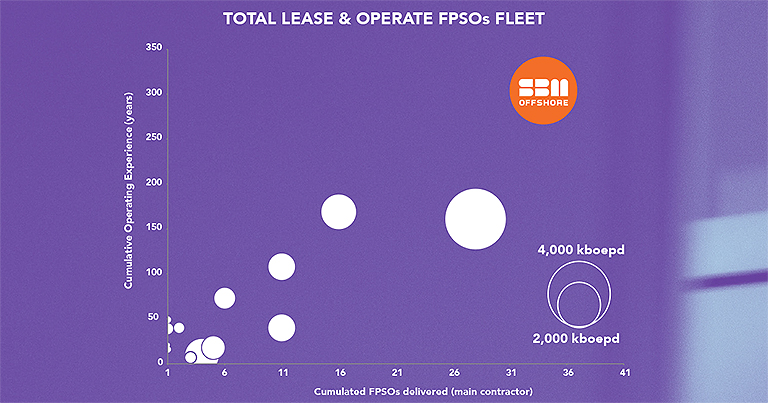